‘Singing has been more than a passion. I began studying Opera when I was 14 but I always preferred modern music instead. Started singing in pop ensembles since I was 15, then the turning point :  left my beautiful city and started living and studying modern singing techniques in Milan.

Since that moment I began a pro singer in life.’

Emanuela is graduated with honor in Professional Pop singing in 2004 at NAM, Milano.

Bachelor’s with honor in Latin-Jazz singing at Conservatorio Vivaldi Alessandria, with a thesis based on Elis Regina.

She’s not just a ‘modern singer’ : she explored every musical genre, from italian classical music to italian and international pop music, disco, latin, blues and many other genres.

Specialized in Italian and Brazilian Sounds, she’s the leader of ‘Necessidade’, a bossanova-samba-italian trio , both in Brazilian Portuguese and Italian language. They played on the most important brazilian music  broadcast in Italy.

She’s also the leader of a band of Axè, mostly based on the sound of the brazilian singer Ivete Sangalo, the band is called “OndaBrasil” (www.ondabrasil.org).

Great experience in italian music, expecially modern and contemporary pop, she sings songs by Laura Pausini, Fiorella Mannoia, Irene Grandi, Mina, Ornella Vanoni and others, in acoustic trio, quartet or with a pop-rock band. Emanuela records jingles, pubs and she’s a professional choirist too : member of “the five” gospel group, she recorded an album : “4 heaven & more : our christmas songs”. iTunes She was the choirist of Fiorella Mannoia in “Onda Tropicale Tour”, the tour of the latin album of Fiorella Mannoia, in 2007.

Performer for high class events and weddings in Italy, hotels and restorts all over the world.

She’s an appreciated teacher in one of the most important modern singing school in Milan.

‘My father always put classical music when I was a child. At 8 I asked my parents to buy me a piano and, since that moment, I always played music in life.

Singing has always represented the most important thing in my life. I sang and played piano during college but, at the age of 19, I decided to be a singer 24/7‘.

Ranieri is graduated with honor in Professional Pop singing in 2005 at NAM, Milano.

Bachelor’s in Jazz Singing at Conservatorio Vivaldi Alessandria, with a thesis based on Nina Simone.

Great experience in Italian pop music and black music such as nu-r’n’b, nu-soul and nu-jazz.

He also specialized himself in choirs arranging, he produced a Christmas gospel album, actually for sale on i-tunes and called “our Christmas songs” by “4 heaven and more” group.

Ranieri records jingles and pubs for the most important broadcast in Italy and he’s the voice of original productions.

He produced his first soloist album with the name of ‘Ran’, producing all the musics and lyrics, in italian language.

The single is on i-tunes and is called “inghilterra”.iTunes

Leader of the group “Tribù Soca”, specialized in Anglo-Caribbean sounds, such as Calypso and Soca. Since 2009 he began to play as choirist and soft percussionist with Emanuela Gramaglia’s brazilian duo and trio.

Good experience in dance music, he’s the official voice of Brothers, out now with their new singles.iTunes

He’s a teacher in one of the most important modern singing school in Milan. 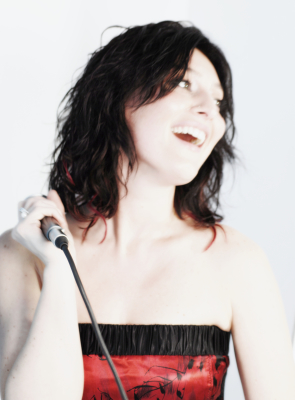